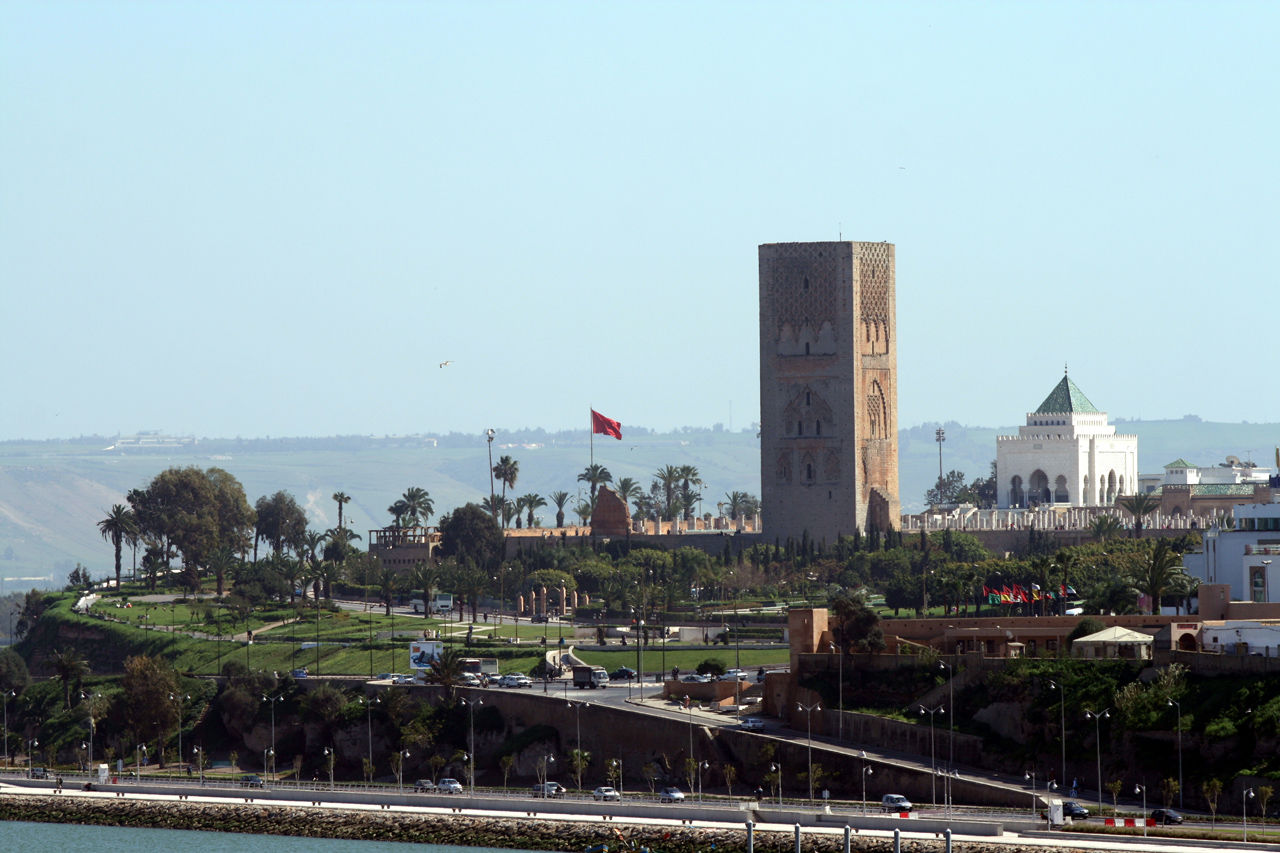 Private transport from Fes and back.

Although it is a longer trip than some, at two and a half hoursbRabat, Morocco's capital city and centre of education is well worth a visit. Often overlooked in favour of Casablanca Rabat has charms, splendours and a unique history of its own that should not be missed.

After you have had your breakfast, your driver from Fes Desert Trips will pick you up from your hotel or Riad to enjoy the beautiful drive to Rabat, located on the shores of the Atlantic Ocean at the estuary of the River Bou Regreg. Rabat is noted for its wide tree lined streets, shining minarets, spires and domes and its many parks and gardens one of which is the tranquil Chellah Gardens, situated within long vacant ancient ruins of the Roman city of Sale, which have a slightly ghostly feel about them, but the lush, verdant vegetation feels more like an exotic tropical island than Morocco. Here you can take a long relaxing walk.

Then we take a stroll along the striking north walls of the Udayas Kasbah, which was constructed as defence for the city in the time of the Almohad dynasty. Next you get to see the giant fortified gate of Bab Oudaia and then take your time examining the fascinating exhibits on display at the Udayas museum, located within the palace of the Sultan Moulay Ismail, where there is a lovely collection of Moroccan folk art.

You will have your lunch before proceeding up the hill overlooking the river to the Hassan Tower, a massive mosque with an unfinished tower topped by stork's nest and very much a famous image of Rabat. Adjacent to this is the stunning Mausoleum of Mohammed V, grandfather to the current King and noted for its gleaming white marble, imposing wrought- iron entrance and the staircase rising to a fantastic dome. This building also contains an abundance of beautiful stained-glass windows.

In the heart of Rabat is the Royal Palace of Mohammed VI, Morocco's King, which though formidable in aspect is open to the public and very lovely within. It faces the King's personal mosque, traditionally Islamic in design, protected by three sturdy gates and completed in 1864.

Leaving the medina, you can visit the Ville Nouvelle, or new city, where you can experience modern Moroccan life.

Rabat is much more relaxed than many of the other cities of Morocco, which can be most welcome after the hustle and bustle of Fes, but prices are sometimes a little higher.

When the tour is over, Fes Desert Trips will drive you safely back to Fes, where you will be dropped off at your accommodation.

Everything was absolutely perfect. Our guide, Medi, paid attention to every detail to make us have a great experience. We Will repeat.

Amazing day trip, gorgeous city and super friendly driver! We got an arranged transfer to and back and stopped along the way for pictures!